There was mild controversy over folks attire/performances at the Chime for Change concert, this past weekend:

Some folks were upset, as the event  was supposed to be about bringing light to women’s issues/empowerment. I have to admit I raised an eyebrow,  once I saw the photos from the event. Obviously, as a feminist I think women should be allowed to wear what they want, but the photos did make me uncomfortable. Why? How could I speak on my discomfort of the outfits, without sounding judgmental?

As I scrolled the Internet (to gauge what other folks thought about the concert), I found two comments that articulated my concerns.  The posts were in response to folks that had stated those who were critical of the clothes, were participating in patriarchy/oppressive behavior:

“Not that I agree with a single person up in that post, but there is something frustrating about…ugh, let me try to phrase this right.

It’s not that sexuality isn’t empowering. It’s just that empowerment always seems to be shown as sexually charged. Like every popular media representation of a strong woman is one who is clad in body-baring spandex and being overtly sexual as a sign of her strength. Yes, it’s a sign of empowerment, but why is it the only example of a strong woman that we really see?”–commenter #1

“I wouldn’t criticize these specific performers. I’d rather focus on how our society is only interested in hearing about women’s issues when the person delivering the message adheres to existing beauty standards.

Think about how readily men dismiss feminists as ugly, frigid bitches that are only feminists because no one wants to fuck them. So to be taken seriously, we still have to jump through hoops. That’s the bullshit, not Beyoncé’s costume.”–commenter #2

Yeah, what they said. I think commenter #1 summed up my mixed feelings about the clothing choices of the performers. The images of women celebrities today, tends to be oversexualized. It’s not that there is anything wrong with these women being sexy. But, is it they are being sexy because they truly want to be, or  is it just another marketing ploy by the male-dominated entertainment industry? It becomes even more complex, when looking at black women celebrities. I  believe there has been  an effort to wipe out the black female soul singer. Adele can stay covered up and sing  “soul” music, while our singers are being promoted as “naughty” pop stars.

Black female singers, like Janelle Monáe, India.Aire, etc., are usually not given the same platform, at events like Chime for Change. Is it because they don’t fit into the current standard of an “empowered” woman (sexy). Monáe usually stays in buttoned-up shirts/slacks (folks were “relieved” when she wore a dress in her latest video, why?) and Aire is a dark-skinned black woman with an Afrocentric style. Would (mainstream) folks be less willing to watch/hear them speak about women’s empowerment? 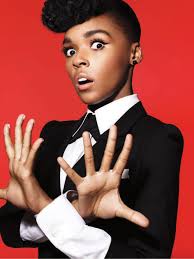 I  have scrolled the Chime for Change website, and I am still not sure what it’s about. First of all, the whole thing was founded by Gucci. Gucci is a high-end store, where the average woman can’t afford to shop. There has also been concerns of sweatshop practices, of the business. All of the performers outfits were made by Gucci.  What’s in it for Gucci? Is it an opportunity to peddle their overpriced wares to the masses?

Secondly, there are glamour shots of the three main supporters of  the organization: Beyoncé Knowles-Carter, Frida Giannini(creative director of Gucci), and Salma Hayek Pinalut.  Other celebrities faces fill the first page of the website.  The women offer generic platitudes about girls/women needing equal access to education, healthcare, and wages. Okay, yes but how is this organization going to go about this? Which brings me to my last concern, how is the money being used?

Supposedly, this organization has already raised $4 million dollars. It will be interesting to see how it’s actually used to empower women. I mean for all we know, it could be going into Gucci’s pockets.  Chime’s advisory board is filled with celebrities/established non-profits. Where are the grassroots, radical, local women activists? You know, the women doing the everyday work.

I know there are some folks thinking, stop being so cynical! But the Non-Profit Industrial Complex, is a real problem. It becomes even more troubling when celebrities jump on the bandwagon.  Is it really about empowering  disenfranchised women or is it just another opportunity to promote their music, clothes, brand, etc.