I can’t believe it’s almost July. I am currently visiting family in the south during these summer months. So, I will be hella busy. However, before I truly bounce for a summer break… I wanted to peek in and share my summer plans.

1) Television-I am normally not a big television watcher. I think it’s too time consuming. However, being back in my hometown I have found myself doing a lot of TV watching. It’s too damn hot/humid to be running around outside. I am looking forward to CBS’s “Zoo” movie. I was shocked by the movie’s declaration “there are 7 billion humans, but over 100 billion animals.” Wow, we are screwed.

2) Books- This summer I have decided to be practical and not bog myself down with a huge reading list. I am going to take my time and focus on one book only. I have decided to read Dolen Perkins-Valdez’s “Balm.” I became an immediate fan of Perkins-Valdez after reading her debut novel “Wench.” The book was a fascinating read about Black women’s lives during slavery. I believe the author is in current talks to have the book made into a movie. I can’t wait! 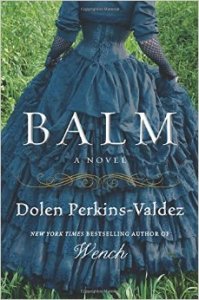 3) Music-No she didn’t! Only Janet Jackson (JJ) can disappear for almost 8 years and drop a nice tune out of the blue. I watched some clips from the BET Music Awards show and Ms. JJ still looks great. I wish her well with her new release and tour. While Madonna often gets labeled the queen/ icon of pop music, I believe this title really belongs to JJ. Her music stands the test of time and she’s not as annoying as Madonna with her culture vulture/blackface mugging…yeah, I said it.

4) Politics– Ho, hum. It’s the summer of election campaigns. Bush? Clinton? Is this 1995 again? I thought the selection of President Obama was supposed to bring about change. The candidates are richer, whiter, and boring as ever. At this point, I am more interested in third-party contenders. Both the Republicans and Democrats have pretty become the same party. I want to hear/see new radical voices/faces…particularly women of color candidates (I nominate Bree Newsome 🙂 I advise folks to stay away from these draining campaigns until early January. Majority of these folks aren’t going to last until the end of the year anyway. And they are just going to ruin your summer fun…

I wish everyone a happy and safe summer. I will return in late September 🙂