I try to engage in self-care. It’s difficult to do on a consistent basis as a busy mama. And it’s an internal struggle using extra funds to splurge on myself, and not on buying the kid a new pair of shoes.  Plus, self-care spaces (spas, yoga, etc.) have been heavily promoted and imagined as a pleasure for white women. When I celebrated my birthday last fall, I decided to treat myself to a soak and sauna, with a massage sandwiched in between. I found it interesting that the mostly white staff seemed surprised and even a bit hostile I was there.  I guess a Black woman wanting to focus on self/healing was unthinkable to them.

This past weekend, I attended a fundraising event for an organization that is dedicated to encouraging Black/communities of color to practice self-care. I had a wonderful time and ate some amazing Thai curry chicken soup! I enjoyed all the guest speakers, especially Day Bibb. Bibb shared about being a survivor of domestic violence. She noted when she was seeking services to reclaim her life/sense of self after leaving her abuser, white medical practitioners were eagerly willingly to give her medication to “deal with the trauma.” However, she realized she was never provided self-care resources. She made the profound point that Black women aren’t seen as worthy of self-care spaces. We are just expected to “mule” and take the lumps and bumps of life, without recourse.  It reminded me of my experience at the spa. The look on their faces that read they didn’t think I belonged.

The truth is, self-care is more of a necessity for Black women than it is for white women. Let’s be honest. What do white women go through? They live in a society that puts them on pedestal, coddles their white woman tears, and pretty much let them get away with nonsense (all those 911 ones on Black people for eating while Black, swimming while Black, napping while Black, etc., were majority placed by white women).

Self-care spaces need to be more open and welcoming to Black women because we need/deserve it the most. This country was built off the bodies/labor of Black women, and we continue to be exploited/marginalized. Bibb stated Black children also need time for reflection/to breath, as they are even ruthlessly attacked under the system of white supremacy/oppression.

Self-care is self-love and I’m working hard this year to treat myself more and allow myself space to just be.

It’s hard to believe it was just this year the phenomenon of Black Panther hit the theaters. The film went on to gross over a billion dollars within a matter of days. The thrill of seeing a new Black superhero on-screen, after being inundated with Spiderman/Batman/Iron Man movies, brought Black folks out in droves. It was a refreshing time, an opportunity for Black folks to have fun for a change, in a society that works hard to suppress our joy.

While there were debates on the characters of T’Challa/Black Panther vs. Killmonger, everyone loved them some Shuri. Shuri’s (Letitia Wright) infectious giggle and her brilliance/creativity with technology, made her an instant favorite. Especially, with Black girls/women. So, it’s fitting that she would be the next character to get some shine, after Black Panther. Last month, author Nnedi Okorafor, announced her collaboration with Marvel Comics to start an unlimited series on Shuri.

Of course, everyone just about fell out, including myself. I ordered a copy right away. I thought I would share it, cuz hell why not.  If you are a Black girl/woman who is a huge fan of Shuri, let me know why. You can submit a paragraph gushing about Shuri, write a poem, etc., however you like to express yourself. Please email womanishseeme@yahoo.com with “Shuri Giveaway” in the subject line. Ready, set…go! 😉 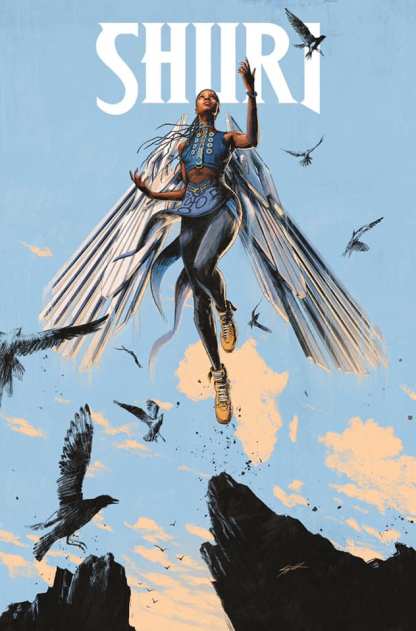 and I’m tripping! It feels like I just posted I was going on blogcation. Well, I guess all good things must come to an end. I hope everyone had a great summer. I tried to stay off social media and failed miserably.  It’s hard when EVERYTHING you do is connected to the internet. I spent a lot of time with my youngin. I participated in community events. I also tried to partake in nature, which is saying a lot for me as I like the luxuries of life 😉 Overall, I had a decent summer. I think I am ready for the upcoming cooler months and seasonal festivities.  I made a short video of some of the shenanigans I engaged in these past few months. Enjoy! 🙂

Recently, the article The Strained Relationship Between Black Mothers and Their Daughters was trending on my newsfeed. I didn’t pay much attention to it, at first. Then it popped up again in an online group I’m in. Initially, I felt an immediate need to reject it. I always get anxious when I see articles like this.  I feel that Black mothers tend to already be overly criticized, so why add fuel to the fire. However, I decided I needed to be open-minded and read the article.

I felt the article was missing something.  I think it’s important to examine the complexities of  Black motherhood. Of course, this is not to condone emotional/physical/mental abusive behavior. There are some parents who are just rotten people. But there are certain stresses that Black mothers contend with that may affect their relationships with their children.

Black motherhood has never been valued in this society, and is always under attack. Since being brought here as slave labor/breeders, Black women had to quickly redefine what was being a mother/motherhood. This has contributed to a long, shaky journey of trying to figure out what is the “right” way to mother. Mothering outside of white ideology.

A few day ago, I came across a social media platform, where the male host highlights stories of domestic violence/and other traumas in the Black community. I thought this was admirable, especially since we need more Black men thoughtfully discussing these issues.

END_OF_DOCUMENT_TOKEN_TO_BE_REPLACED

So, it was not without irony, I found myself watching the film the other night. I flipped the channels desperately trying to avoid the movie. However, nothing else interesting was on. It has been years since I’ve seen the film, and thought perhaps it wasn’t as bad as I remembered. I was wrong.  It wasn’t long before I changed the channel. I just couldn’t take Halle Berry twitching as a “crackhead” and speaking poor “Black dialect.” While, on the flipside, Jessica Lange played a loving and articulate middle class woman.

A synopsis of the film, Berry’s child is adopted by Lange’s character, after she leaves him in a trash can while high on crack. Later, Berry goes to rehab and gets clean. After a dramatic custody battle and not being able to bond with her child, she decides Lange should be in her son’s life. A Black mama needs a white woman to show her the way. The film was, and will always be offensive.

A couple of days later, I was scrolling through old posts, and came across articles I’d shared on the Hart children.  I felt again, an overwhelming sense of sadness, as I stared at pictures of the children. It was disturbing to know that their smiles were covering the pain of emotional/mental/physical abuse.

Back in April, four adopted children (Markis, 19, Jeremiah, 14, Abigail, 14, and Sierra 12) were murdered by their “mothers,” Jennifer and Sarah Hart. Two other children, Devonte, 15, and Hannah, 16 bodies have not been found. It’s assumed they were also killed in a car crash, orchestrated by the women. It wasn’t long before reports came out that the women had a history of abusing the children. They moved from state to state, whenever social services got too close.  It seems the most recent investigation on the family, was going to finally reveal the evilness of these women. So, they decided to kill the children, instead of facing the consequences of their actions.